To quote from Leeful on these latest updates: 5 New 6.72 Exploit Menus To Try

Here are 5 new 6.72 Exploit Host Menus for people to try out. Please consider all of these menus as tests. Self host versions of each menu can be found at the bottom of the post. 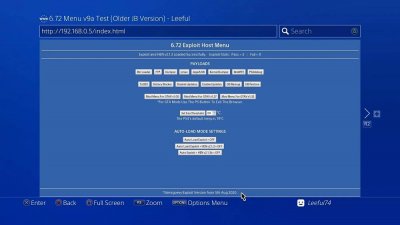 This is v9 of my basic menu for 6.72. I have made 2 versions (a&b). version v9a uses the older more common version of the Sleirsgoevy exploit (5th Aug 2020) and v9b uses the most recent one (9th Oct 2020). You can load the exploit and HEN manually or you can set it to auto-load whatever you want when the menu loads.

The latest exploit takes slightly longer to load but in tests I have gotten a better success rate of the exploit loading. The latest exploit also causes an initial lag on the PS4 home screen once it has been loaded but a simple tip to overcome this is to press L2 then L1 on the home screen. 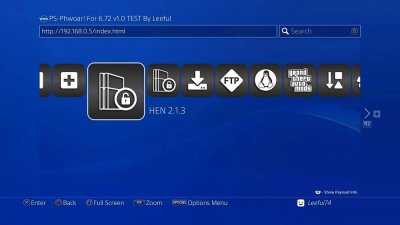 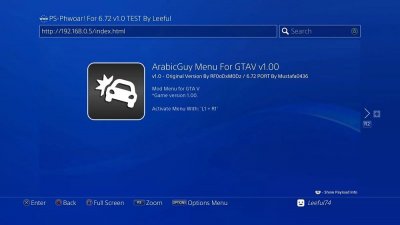 I initially did not want to release a version of PS-Phwoar! for 6.72 because of the instability of the 6.72 exploit but a lot of people have asked for it so here it is.

This is still considered a work in progress and as such rarely you might get a memory error loop when first loading the exploit. If this happens just reopen the browser and try again. 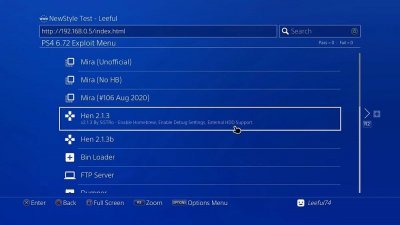 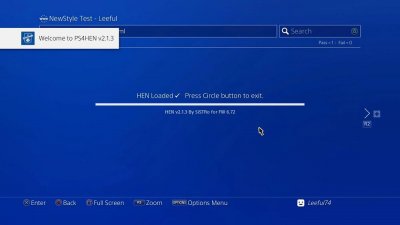 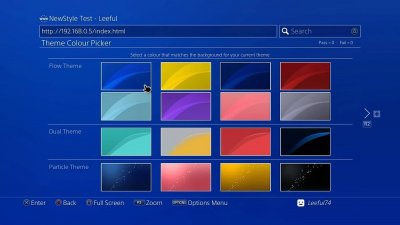 Here is an old design based on the PS4’s settings interface I had made before I made PS-Phwoar! for 5.05. I decided to dust it off and update it to run on 6.72.

A nice little feature of this is a settings page to allow you to pick a background color that matches the current theme you have on your PS4. 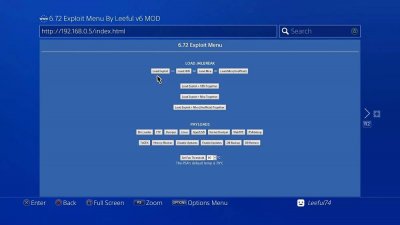 A lot of people (including myself) have found the v6 menu to be the most reliable so I have made a version of it that uses the latest exploit code from Sleirsgoevy. It is an exact copy of v6 apart from the kernel exploit code.

Cheers to @DEFAULTDNB for the news on this via Twitter earlier today!

Sony closed the report yesterday (October 19th) and he was paid, so hopefully this holiday season the PlayStation 4 scene will see something new from him or someone else… although many will have already moved on to the next-generation PS5 Scene by then, so interest will inevitably be divided among PlayStation developments in both scenes.

Nevertheless, we did hear from CTurt on FreeDVDBoot for PS3 / PS4 and Blu-ray BD-J Attacks, details on How Sony’s PS4 Security Was Defeated and remember from December 7-10th during Black Hat Europe 2020 we’ve yet to see the 0-Day PS4 WebKit Vulnerability Exploit on 6.xx Firmwares disclosed… so it’ll be an exciting holiday season for both the PS4 and PS5 console scene this year!